Does dating get easier when you get to your late 20s and early 30s? (8 Tips To Make It Easier)

View More
Does dating get easier when you get to your late 20s and early 30s? (8 Tips To Make It Easier)

You Are Exactly Where You Need To Be: A Reminder That Things Happen For A Reason

View More
You Are Exactly Where You Need To Be: A Reminder That Things Happen For A Reason
Celine

A Muslim Woman’s Fight For Freedom

Do you feel stuck and frustrated? Even though you're a muslim woman, you want freedom and be on good terms with your family, but that seems very unlikely. Here's my story and how this year I'm finally taking control of my own life. 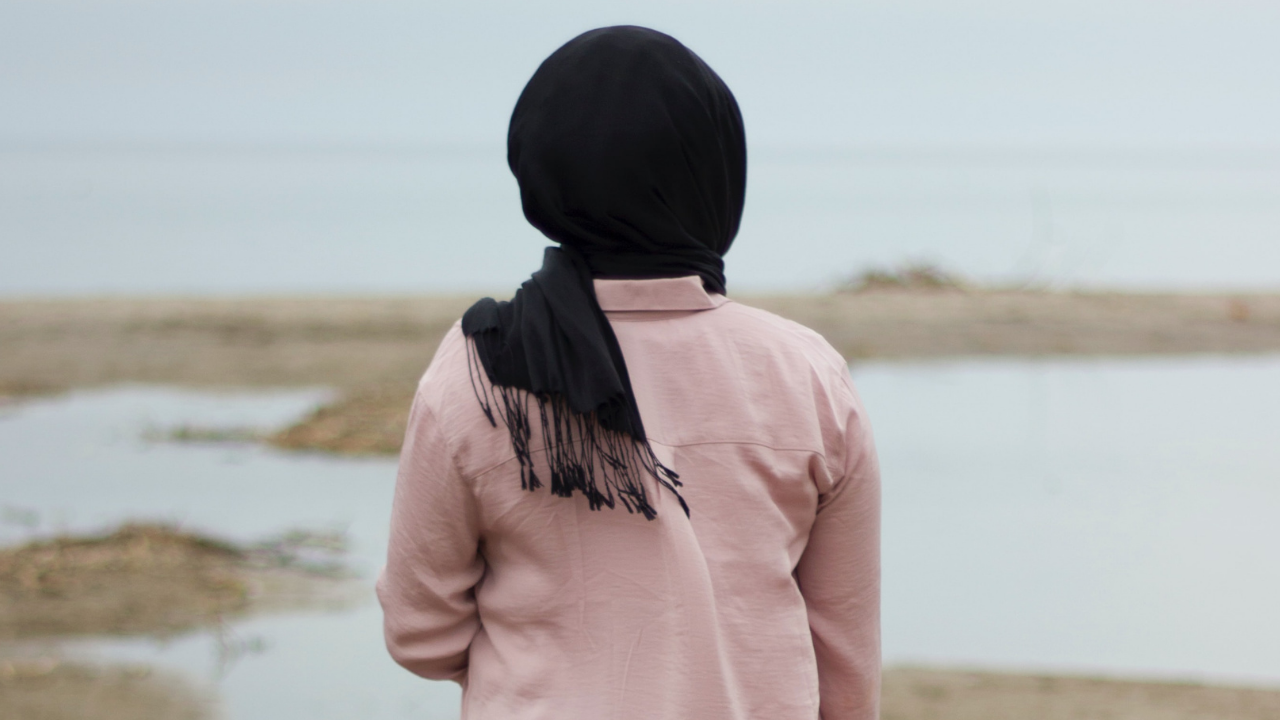 After following her for a really long time, Faiza from Expired N Fabulous inspired me to tell my story and finally round up the courage to take control of my own life.

I must clarify, this is NOT every Muslim woman’s experience, but IT IS MINE; the truth is I’ve been slowly drowning in my resentment, sadness, and anger and I've hated the person I've become because of it.

For the longest time, I didn't want to accept that I was, for some reason, very  different from my family and kept on hoping that I would change because I thought I was the problem.  Looking back, I've realized how "Hope" can be a really powerful yet dangerous emotion.

Table of Contents
How did I end up in a NON-Arab country?
Reputation Defines Muslim Women
How was school?
What about university?
A Chained Muslim Woman
Being In Denial
It Was Time For Acceptance
Is marriage the answer?
Earning My Freedom
Don't Believe The Naysayers

How did I end up in a NON-Arab country?

My grandparents grew up being very poor, and they wanted to give their children a better life and provide them with the opportunities that they never had, so they moved to America hoping that they would be dealt a good hand.

Fortunately, they got lucky and thanks to their hard work, moving to a completely new country for a better life, payed off.

In an attempt to preserve culture and religion, the Arabs that migrated to the Americas decided to be very tightly knitted and an Arab Muslim community was born.

I always knew I was different from everyone else in my community and I learned early on that my life wasn’t like everyone else’s; my freedom, everything that makes a person themselves, was taken from me the moment I was born.

In communities like ours, reputation is EVERYTHING, and I was taught from a very young age that a girls' reputation goes above and beyond everything else and that she must protect it because without it she's nothing.

Naturally, growing up, I always felt a lot of pressure to act a certain way, there was no margin for errors because if I "tainted" my reputation I would be the laughingstock of the community, and as a result, would never get married; which is what we are taught all Muslim women should strive for.

I can't be the only one who sees what's wrong here, right? Just imaging putting that type of pressure on a very young girl and constantly being reminded of it? That pressure, specially because I’m the firstborn, was put on me.

Now, I'm not against women getting married... Not at all, love is the most amazing feeling and I want to get married too, but it makes me extremely sad and disappointed that I have existed almost half my life and have never truly lived, and it's all because my parents have always believed that all I was ever good for was getting married.

I grew up in a really small Muslim community, I was in an Arab school and 90% of my classmates were Muslim so everything was considered a sin, and we couldn't really do anything.

It wasn’t until I moved abroad with my family when I was 13, that my mind started shifting, I went to a new secular school which was different, and I liked it.

However, my reality was crushed when we had to move back home, I hated it and I made sure everyone knew I did because I was once again, right back where I started.

I'm going to be honest tho, when I first enrolled, I thought it was going to be worse than school. My parents like a broken record repeated multiple times that the people I would meet in university would not share my lifestyle (because of religion differences), and as a result, it would be hard to stay friends with them; which at the time, I foolishly believed.

I didn't want to be disappointed yet again (because I hated school with every fiber in my body), so I had very low expectations, but attending university ended up being the best experience for me and those were the best years of my life.

I finally started to meet people that I actually liked and had things in common with, it felt like I had never really breathed before, and I was taking my very first breath of air (I'm not even exaggerating).

I had NEVER had freedom but with him, I felt unstoppable and I didn't want to stop feeling that way because he made me feel like I could do anything.

With the people in my community, and specially my parents, I was always walking on eggshells around them and had to be really careful with the way I acted and with the words I used.

Even though I was an adult, I had a ridiculous curfew, and I wasn't allowed to hang out with my new friends, so I started sneaking out to have fun and I did.

When you’ve only known one thing your entire life, that thing becomes the best you’ve ever known, I have always had strict parents, so I thought that being in my house and not going out (while my life passed me by) was the best I could ever get.

But I'd always wonder and daydream about how being free felt like, so when I tasted freedom after having none my entire life, it was the best feeling I had ever felt. So, why was I deprived of having freedom? Such a simple concept that made me feel so alive and yet without it incredibly miserable.

Right around that time, I was doing everything Islam told me not to and realize that I was being a hypocrite towards God and Islam, so I just stopped following religion.

Great, right? I had finally met people that I could relate to, and they LIKED ME BACK; for the very first time in a very long time I had friends again and I didn't feel completely alone.

But the biggest problem were my parents, they have never liked the idea of me hanging out with non-Muslims, so like a good daughter I would ask for permission, but the answer would always be NO; despite how persistent I would get (this is still happening by the way).

I watched as my younger brother got to do all the things I dreamt off, and I didn't, all because I was a woman; I couldn't make sense of it, I had always been a very good daughter.

I slowly started to get exhausted of the constant pressure of having to obey my parents and follow so many rules that I just couldn't... didn't want to follow anymore.

I tried to reason with them in a civil manner, but I knew that as long as I was financially dependent on them, my feelings were not valid and they would always have control over me; which I completely understand, I'm an adult and I should be able to care of myself.

I had to have a plan, I couldn't just leave, I had nothing, so I started to search for jobs online; because I'm not allowed to work. I started working as a freelance but soon realized that with the amount of money I was making as a freelance I would never be able to move out, so I had to start thinking outside the box.

For a really long time, I wanted to believe that my parents were capable of changing, but it wasn't until my therapist confirmed that they would in fact NEVER change that I came to terms with it.

I guess I had always been afraid of the answer because I already knew what the answer was.

It Was Time For Acceptance

I needed to hear it from someone else, and I'm glad it came from a professional, otherwise, I would have never been able to move on.

I had been so stuck for so long and I just wanted to be able to move forward; I still can't completely, but I'm getting there.

Is marriage the answer?

No, even though I'm not married, I've had a couple of boyfriends and I can tell you marriage will not fix your problems.

You might not like the answer I'm about to give you, but you are the one who can fix your problems; no one else will.

Unfortunately, we Muslim women have been lead to believe that in order for all your problems to vanish and to live your life and be happy you have to get married but it's simply not true

After much denial, I have finally come to accept that my parents will never change. It will always be their way or no way, and they will always throw their state of “happiness” onto me.

But since I’m the black sheep of the family that will clearly not happen, I knew halfway through university, that the only was to get my freedom would be to earn it so that’s exactly what I’m going to do.

Although it will not be easy, I know that it will be worth it and that there's a light at the end of the tunnel.

A few months ago a came across a rather fitting analogy that I will like to share because it really got me thinking.

When baby elephants are trained, one of their legs is tied with a thin rope to a stake in the ground, and at first, they'll pull and struggle to break free, but eventually they'll give up.

With time, the baby elephants grow, but because they believe that the thin rope is still strong enough to hold them, they never try to break free.

That’s when I realized that I had been conditioned since I was very young to believe that I wasn’t capable of doing anything by myself and even if I did, I would always fail miserably.

What seemed like an innocent idea, grew inside of me like a cancer for many years, and it made me sabotage so many projects that could’ve been successful if I had just believed that I could do it.

My point is don't ever let anyone, whether it be family or friends, make you believe that you're not capable of achieving your dreams because you can do whatever you put your mind to.